A Brief Summary of Computations

Computations involving the earth are:

Solar System, including the Sun

Corrections are then applied for, in the order shown 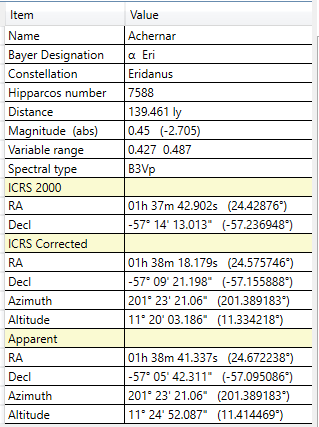 Diurnal aberration and diurnal parallax corrections are not computed for stars, as these are extremely small.

The zoomed in Star Chart plot has Proper Motion and Precessions corrected applied. These two corrections are the more significant long term corrections and are the only two that can be noticed on the scale of that plot. If you focus in on a nearby star such as Sirius and scan across several 100’s of years, then the effect of Proper Motion can be observed by noting that Sirius will move off the constellation lines which are only corrected for Precession effects.

For a more insight into the vales of the stellar corrections, go to the main menu and click on “View->Proper Motion, Aberration and Parallax Plots for a Selected Star”.

Select either View->Stellar Corrections or View->Obliquity-Nutation to show these plots.

This phenomenon exists for all the corrections applied, and an extreme examples occurs for Polaris at around the year 2100, when it is closest to the north celestial pole.

The computations are validated by comparison to worked examples in Meeus, and comparison to other software such as CalSky, TheSkyX and Occult4. Some minor differences observed can be attributed to using algorithms of different accuracy, differing databases of starting parameters and different definitions. It’s noted that even the different software give different values from each other. Further follow up and understanding on these issues is ongoing.

The “Sky Map” plots. The stars on these plots have no corrections applied and are shown at J2000 Epoch. 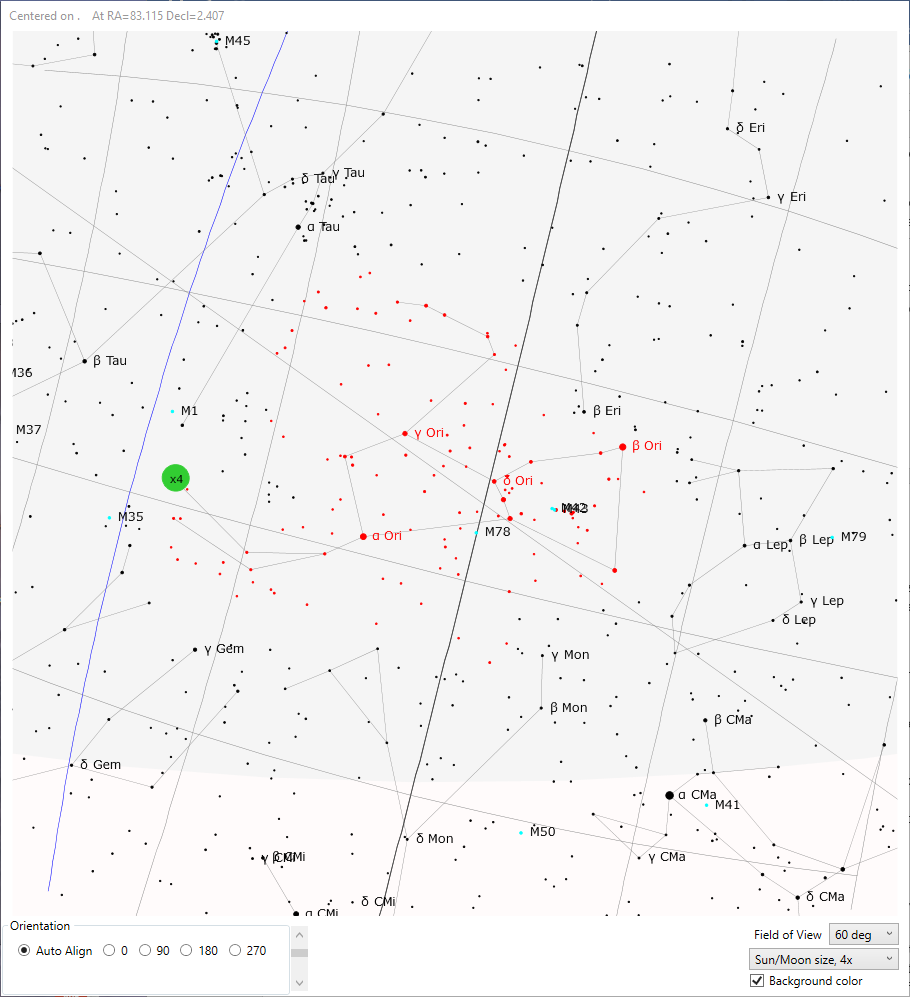 The “Star Chart” plot. This objects on this plot are corrected for Proper Motion and Precession.